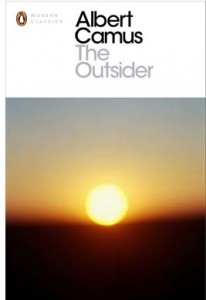 The current edition of Five Dials, the excellent free magazine published by Hamish Hamilton and edited by Craig Taylor (author of Londoners), is devoted to Albert Camus, who was born 100 years ago this year. It includes a piece by the Canadian writer Curtis Gillespie, who travelled from Edmonton to Algiers to look into the legacy of the Nobel prize-winner in the land of his birth. It turns out that there isn’t one – not officially, anyway.

“If Camus’s work remains as vital as ever,” writes Gillespie, “his political significance has never been more relevant. Yet in the country that might benefit most from his message of justice and acceptance of the other, he is instead in danger of being culturally disappeared.”

Of Algiers itself, Gillespie told Five Dials that he had been ready for chaos. “But I suppose I was expecting a city where the chaos and differentness is exciting. In Algiers it was heartbreaking, possibly because I’d pre-romanticised it through Camus’s influence on me. The Kasbah is a Unesco World Heritage site, but it’s tragic what’s happening there. I don’t just mean garbage falling out of tins and so on. I mean heaps and heaps and mounds of stinking, steaming, rotting trash strewn all over the place… There have been very few places I’ve ever been where the tragic history of a country is so obviously felt on the street.”

The whole magazine can be downloaded as a PDF from the Five Dials site.