The illustrator and traveller George Butler, whose work among Syrian refugees has featured on Deskbound Traveller, has a new show opening in London next week. He was commissioned to document local life in the Carpathian villages of Romania (including Bunesti, below) by the Global Heritage Fund UK, which is working there to preserve vernacular architecture and revive sustainable building methods. I’ve written a short preview, which will appear on Telegraph Travel. For details of the show, see the site of the Romanian Cultural Institute in London. 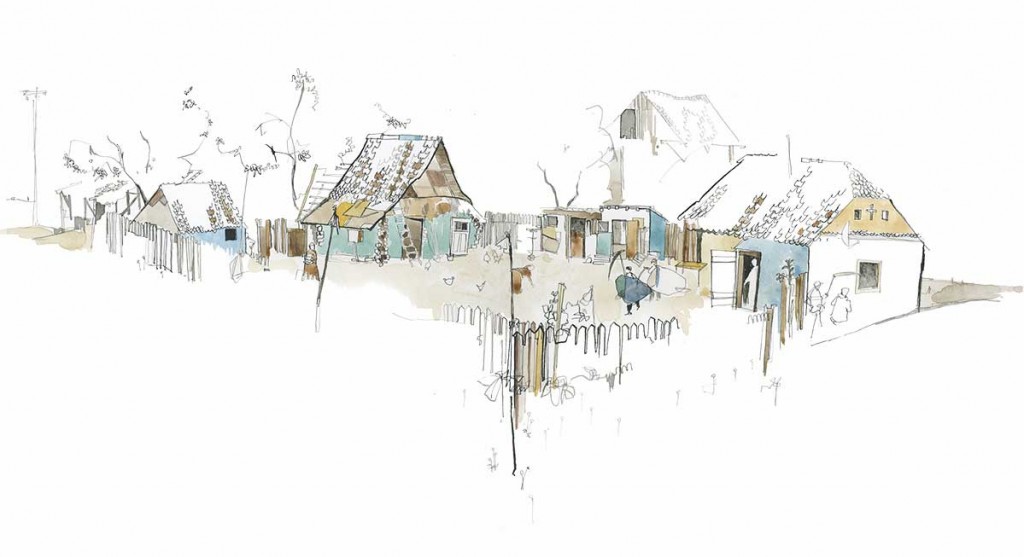