The following are my favourite books on travel and place published this year, plus coffee-table books that would make good Christmas presents for travellers. A shorter version appears in print in today’s Sunday Telegraph and online.
I compiled my roundup for Telegraph Travel towards the end of November, since when there have been some late but notable arrivals, including a couple I mentioned last week, from Horatio Clare and David Grann.
I’ve reviewed most of the travel books for The Daily Telegraph (and you’ll find more about them here on Deskbound Traveller), but not the first two mentioned below. Coincidentally, they are from the same publisher, and from writers based in North America. While I was checking when Lands of Lost Borders would appear in Britain (it came out in October), I found a note on Chesapeake Requiem (not as yet published on this side of the pond but available, of course, online).

Lands of Lost Borders: A Journey on the Silk Road by Kate Harris (Dey St/HarperCollins, £20)

Kate Harris, an academic high-flyer from Canada, had ambitions to be an astronaut, then decided there was exploring enough to be done on planet Earth. Her account of cycling the Silk Road has given me more pleasure than most travel books — no: make that most books — I’ve read this year. Lands of Lost Borders is about frontiers and breaking through them. On the road, Harris, who is in her mid-thirties, pedals with a childhood friend to places where authorities don’t want her to go, including Tibet. On the page, she flits easily across supposed boundaries between travelogue and memoir, science and poetry. The result is a marvellous debut by a wanderer and wonderer, an author with boundless curiosity and a zest for life that enthuses every page.

This is a story of a small and singular place seeing changes that will soon affect the whole world. At the broadest point of the Chesapeake Bay, “at the mercy of nature’s wildest whims”, sits Tangier Island, whose inhabitants for generations have harvested crabs and oysters. The very water that sustains their community — one of 470 conservative and deeply religious people — is also slowly erasing it. Scientists say that the island, which has lost two thirds of its land since 1850, could become the first American town to fall victim to rising sea levels caused by climate change; the locals say the problem is erosion. Swift lived among the islanders, and his account, at once affectionate and inquiring, is a superb piece of reporting.

Skybound: A Journey in Flight by Rebecca Loncraine (Picador, £16.99)

Two years after being diagnosed (at 35) with breast cancer, Rebecca Loncraine passed a gliding club and found herself booking a lesson for the next day. “I needed something new, something big and intense,” she said. “I wanted to live boldly as it might not be for very long.” Gliding provided that something, and her “private love letters to the wind” were the origin of Skybound, which she had all but finished when — cancer having returned in her abdomen — she died in September 2016. It’s an extraordinary book, one in which the writer, for whom the world had closed down, feels it reopen, and carries the reader up on the thermals with her.

Kings of the Yukon: An Alaskan River Journey by Adam Weymouth (Particular Books, £16.99)

Adam Weymouth paddled an 18ft glass-fibre canoe down the Yukon, almost 2,000 miles through Canada and Alaska, to the Bering Sea. His account of that journey is so assured, so accomplished, that I found it hard to believe it was his first book. He hoped he could explain the decline in numbers of king salmon and show how the lives of those who depend on the fish are changing. If he is frustrated in his first objective, he succeeds fully in his second, in his tracing of the relationship between fish and people, and “of the imprint that one leaves on the other”. It’s a story about a sparsely populated place but one that’s rich in characters, and it’s beautifully written.

The places celebrated here range from a railed-in London park, by way of Clifton Suspension Bridge, to the deep woods of eastern Finland. Dee’s contributors remind us of the harm we have done to everything from whales to house sparrows, but also of the good we could yet do through organisations such as Common Ground, which seeks “imaginative ways to engage people with their local environment” and which will benefit from the proceeds of this absorbing anthology. It’s a book that’s as much about the marks places leave on us as we leave on them. It offers succour rather than — in the editor’s own phrase — “sunset songs”.

How could a prize-winning liberal writer possibly feel at home in the heart of Trumpland? In God Save Texas, Lawrence Wright tries to provide an answer to a question he is often asked by friends and colleagues. In the process, he offers a fascinating, multi-layered portrait of the Lone Star State. If it’s unlikely to persuade those friends and colleagues to follow his lead and relocate, it will certainly surprise them. Houston, for example, accepts more refugees than any city in the United States; and at the last count (2010) Texas had the largest number of Muslim adherents in the country.

Guy Stagg, who is an atheist and “not much of a walker”, quit his job in his mid-twenties (on The Daily Telegraph) and set out in 2013 to make a pilgrimage of more than 3,440 miles (5,500 km) from Canterbury to Jerusalem. His hope was that he could mend himself after mental illness. The Crossway was blistering to write, in more ways than one, but is beautiful to read. It’s proof that you can still cross a continent in the manner of a medieval pilgrim — even an unbelieving one — and throw yourself confidently on the charity of others. I finished it certain that the author, though he tortures himself about his own worth, is hugely talented, and hoping, too, that he has retained a measure of the peace he found on the road.

In his follow-up to The Moor, Atkins turns his attention to the desert, which has, at various times and in various cultures, been seen as a realm of demonic temptation and a monkish retreat, a proving ground for explorers and pioneers, a prison for criminals and dissidents, a “wasteland” for the testing of nuclear weapons, and an ideal venue for what Atkins calls “the most excessive party on earth”: the annual Burning Man festival, where last year 70,000 people made a spectacle of themselves on a dry lakebed in Nevada. The desert, as this subtle and quietly powerful book demonstrates, can be whatever the mind makes of it.

This history of a territory that once straddled borders, that was neither Scottish nor English, is both a scholarly work of revisionism and an entertaining read. Robb and his wife are keen cyclists, and his book was researched as much on the road as in the library. One of the pleasures of reading it is to watch the author, like a frontier-dodging reiver (or robber), slip so easily between past and present, between manuscript and moor, between battlefield site and the 127 bus (“a transnational village hall on wheels”). 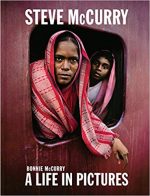 Steve McCurry was a traveller before he was a photographer. Even as a child, his sister says, he was “hopping trains to forbidden places”, exhibiting the independent streak that would one day send him trekking with mujahideen fighters into the Panjshir Valley of Afghanistan. His career is hardly undocumented (Untold, recounting the stories behind images such as “The Afghan Girl”, appeared as recently as 2013), but this volume, compiled and written by Bonnie McCurry, a retired teacher who manages his office, is revealing of the forces that shaped him early on. It’s frank as well as fond, and its 350-or-so images include about 100 that have never previously been published. 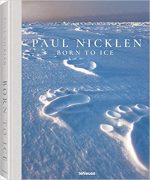 Born to Ice, says the actor and environmental campaigner Leonardo DiCaprio in a foreword, “showcases the life’s work of an artist whose love of the landscape, and each animal in it, is so palpable that emotion echoes through every image.” The title is as true of the photographer as it is of the subjects he captures in glorious images from the polar regions. Nicklen grew up in Baffin Island, Canada. Having studied to be a wildlife biologist, he tired of encounters with animals that produced nothing but data sheets, and quit at 26 to see if he could make a go of photography. He packed 600lb of equipment, including two tents, and had a pilot drop him in the high Arctic for three months. “The view through my lens is now your view,” he says. “Their world is now our shared world… let’s work together to protect it.” 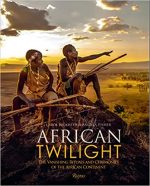 No continent is urbanising faster than Africa. The rush to the towns is a theme for many photographers, but what interests Carol Beckwith and Angela Fisher is what’s being lost in the process. Their African Ceremonies (1999), documenting traditional rites and rituals in 26 countries, won a UN Award for Excellence. African Twilight, another fascinating two-volume study that has been 12 years in the making, completes their journey. It includes ceremonies in the Democratic Republic of the Congo — which they couldn’t enter earlier — and the coronation of the voodoo king in Ouidah, Benin, a once-in-a-generation happening. Forty per cent of what they document here, they say, has already vanished.

Among the 100 wonderful images in this book, chosen from some 45,000 entries from 95 countries, are many exploiting innovations in equipment. Pictures taken from drones feature for the first time (though the judges are mindful of the disturbance such devices can cause) and camera-trap shots show animals within the panorama of their environments. But professionalism, patience and a measure of luck are still more important than technology. Sue Forbes spent days scanning rough seas in the Indian Ocean before she got her reward: a single frame enclosing both a bird (a red-footed booby) and a fish in flight. 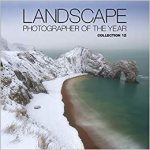 When he dreamed up his competition more than 12 years ago, Charlie Waite says in his foreword, he had “the possibly high-flown notion” that the winning photography and resulting books would become a record of their times. This year’s certainly reflects the weather. Captions refer to Storms Brian and Ophelia and the “Beast from the East”; subjects include kayakers breaking ice on Loch Ba, on Rannoch Moor; snow-covered Surrey farmland, photographed with a drone and looking like a circuit board; and the Seven Sisters in East Sussex, with the sea seemingly as white as the cliffs. The annual book, incidentally, must be one of the few things that hasn’t risen in price in 12 years.  A bargain.

The Grand Canyon: Between River and Rim by Pete McBride (Rizzoli, £40)

Some 5.9 million people a year visit the Grand Canyon, but fewer than a dozen have walked it from end to end, a journey-without-trails of some 750 miles. The photographer Pete McBride did so with his friend Kevin Fedarko, a writer and former river guide in Grand Canyon National Park. With the park’s centenary approaching, they share what they found in the canyon’s remote ribs, and report on the continuing struggle between conservation and exploitation (they logged 363 helicopter flights in the space of eight hours). As McBride puts it, “If we cannot protect this space, the seventh natural wonder of the world, what can we protect?”

Oscar Wilde declared that “A map of the world that does not include Utopia is not worth even glancing at.” Huw Lewis-Jones’s beautifully produced compendium takes in everything from Utopia, charted for Thomas More’s satire of 1516, to Westeros, a continent in that swords-and-sorcery series Game of Thrones. It shows how writers of the past created worlds that have inspired writers of the present, from Joanne Harris to Robert Macfarlane. It’s a reminder that a map is far more than a means of plotting a route. Like a book, it can transport you. It can work magic.