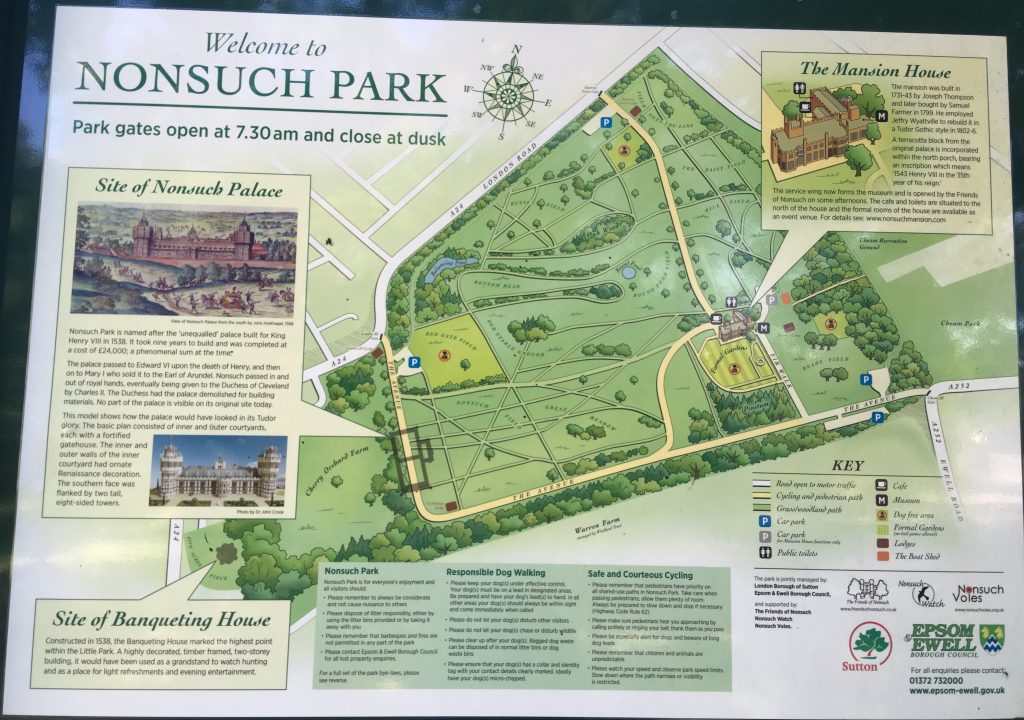 I’m just back from a run in Nonsuch Park, my nearest expanse of greenery, where I was free of phones, screens and the watch and could run with a head full of nothing but Masefield, Larkin, Oliver and Frost. (Greenery, incidentally, is the title of the latest book from Tim Dee, which I mentioned a while back. I’ve not had time yet to read it myself, but it’s generating rave reviews — see The Guardian, The Observer and the Caught by the River website.)

Anyway, all the car parks on the edge of Nonsuch had been closed, presumably to deter people arriving in groups and getting close to one another as they got in and out of cars. More elbow room for us locals, for runners and cyclists, but I do feel sorry for those people who like the space but now won’t be able to enjoy it because they’re not capable of getting there under their own steam.

I’m guessing the last time anything with an engine presented a threat in Nonsuch Park was during the Second World War, when Brian Jackman, that great observer of the African bush, was growing up nearby and there were Spitfires and Messerschmitts overhead. The Blitz was at its height, and at the age of eight he was evacuated to a farm near Bude in Cornwall.

In his book Wild About Britain, a collection of his writing about landscapes and wildlife, he recalls the park of his boyhood:

If you’d like to keep company with Jackman, you can find a couple of contributions from him on Deskbound Traveller: on the peregrines of Cornwall and on the last great wilderness of Southern Africa, Namibia.

There’s a piece here too by Tim Dee, on the Masai Mara, in Kenya. Read that, and then buy his new book (from an independent bookshop if you can).

* Update, March 29, 2020: When I posted the paragraphs above, I was trying to remember something Brian Jackman had told me once about having seen a dogfight close to home, but I didn’t have a note of it and didn’t want to get it wrong. He has since emailed to say:

“It took place over Briarwood Road [where he lived]. The Messerschmitt pilot was hanging over the cockpit, having tried and failed to bale out. After it crashed, the Spitfire came past in a victory roll and we all ran out into the street to cheer.

“Another time, my mate and I were walking home down the London Road (near Nonsuch Park gates on the other side) and we heard — and then saw — a buzz-bomb coming straight towards us. We dived for cover into someone’s front garden and lay down until we heard it explode in the adjoining fields. Then we rubbed the dirt off our knees and went home for tea. No counselling in those days.”

*I started reading Greenery (Jonathan Cape) last night, and it’s as good as I expected; you can find an extract on the Caught by the River site.