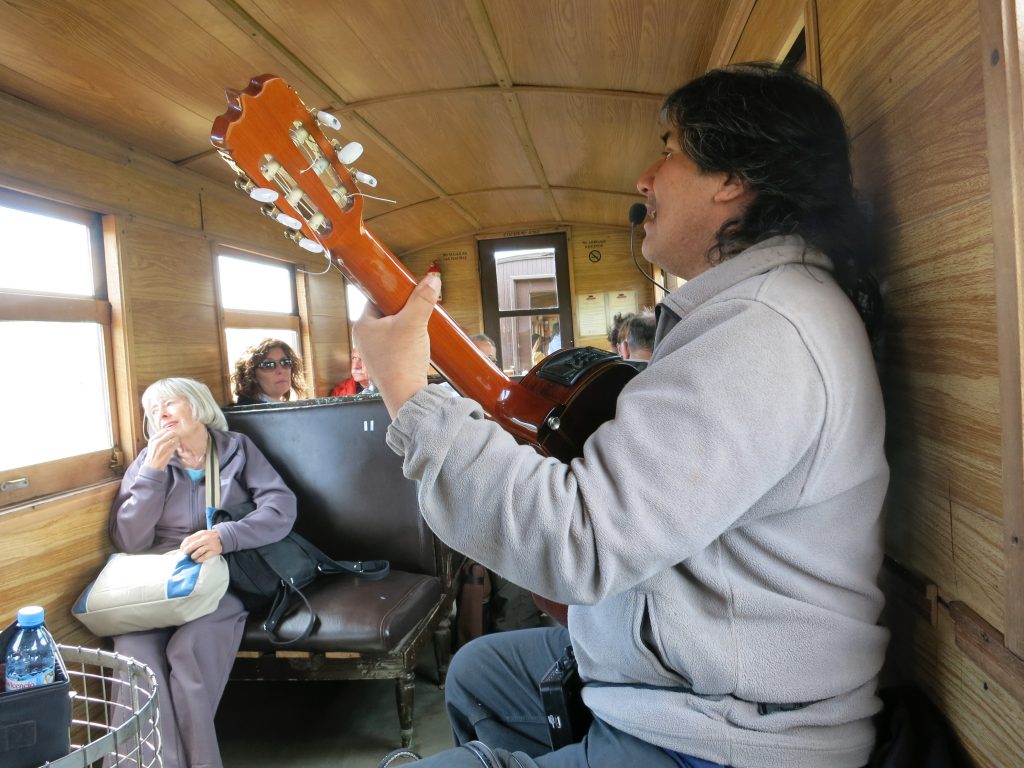 The venue for next weekend’s BBC Six Music Festival in London is the Roundhouse in Camden Town, which, before it offered a stage to everyone from Pink Floyd to David Bowie, was an engine shed for the London & North Western Railway. That’s what prompted Guy Garvey to go for a train theme on his show for Six Radio yesterday, drawing on music from artists from Oscar Peterson (Night Train) to Vashti Bunyan (Train Song), by way of Bill Monroe and the Bluegrass Boys (Ben Dewberry’s Final Run).

Many of his selections were new to me, and they prompted me to dig out a playlist I compiled myself, including a few suggestions from colleagues, when I published my first anthology of train journeys, Last  Call for the Dining Car, in 2009. That playlist is no longer accessible online, so I’ve made a new one on Spotify, adding a few songs I’ve come across since or couldn’t access first time around.

Railroad lines and trains in the United States figure often, though Crosby, Stills & Nash (Marrakesh Express), Little Feat (New Delhi Freight Train) and Rickie Lee Jones (Woody and Dutch on the Slow Train to Peking) do range a bit farther afield. Then there’s Robyn Hitchcock’s I Often Dream of Trains, which couldn’t be more British: “I dream of them constantly, heading for Paradise… or Basingstoke, or Reading.”

Two songs on the playlist are from what you might call travelin’ albums. One of those albums is Shine A Light, for which Billy Bragg and Joe Henry recorded on the move — on trains, on platforms and in old station halls. Their version of Rock Island Line*, for example, was recorded in the Great Hall at Union Station in Chicago; Waiting for a Train comes from Room 414 in the Gunter Hotel in San Antonio. Jimmie Rodgers, “the Singing Brakeman”, who is most closely associated with the song, set up home at the Gunter in 1930. Six years later, Robert Johnson made his first recordings there — in Room 414.

The other album is from Laura Cantrell: Trains and Boats and Planes. A celebration of life on the road? Not entirely: Big Wheel spells out the demands of the peripatetic life; several songs, including the title track (by Burt Bacharach and Hal David), are about the pain of separation; on Train of Life she’s “tired of sittin’ on the side track watchin’ the main line run”.

*Bragg presented an excellent programme for BBC Four, Rock Island Line: The Song That Made Britain Rock. First screened in April last year, it’s now available again for a while on the BBC iPlayer.