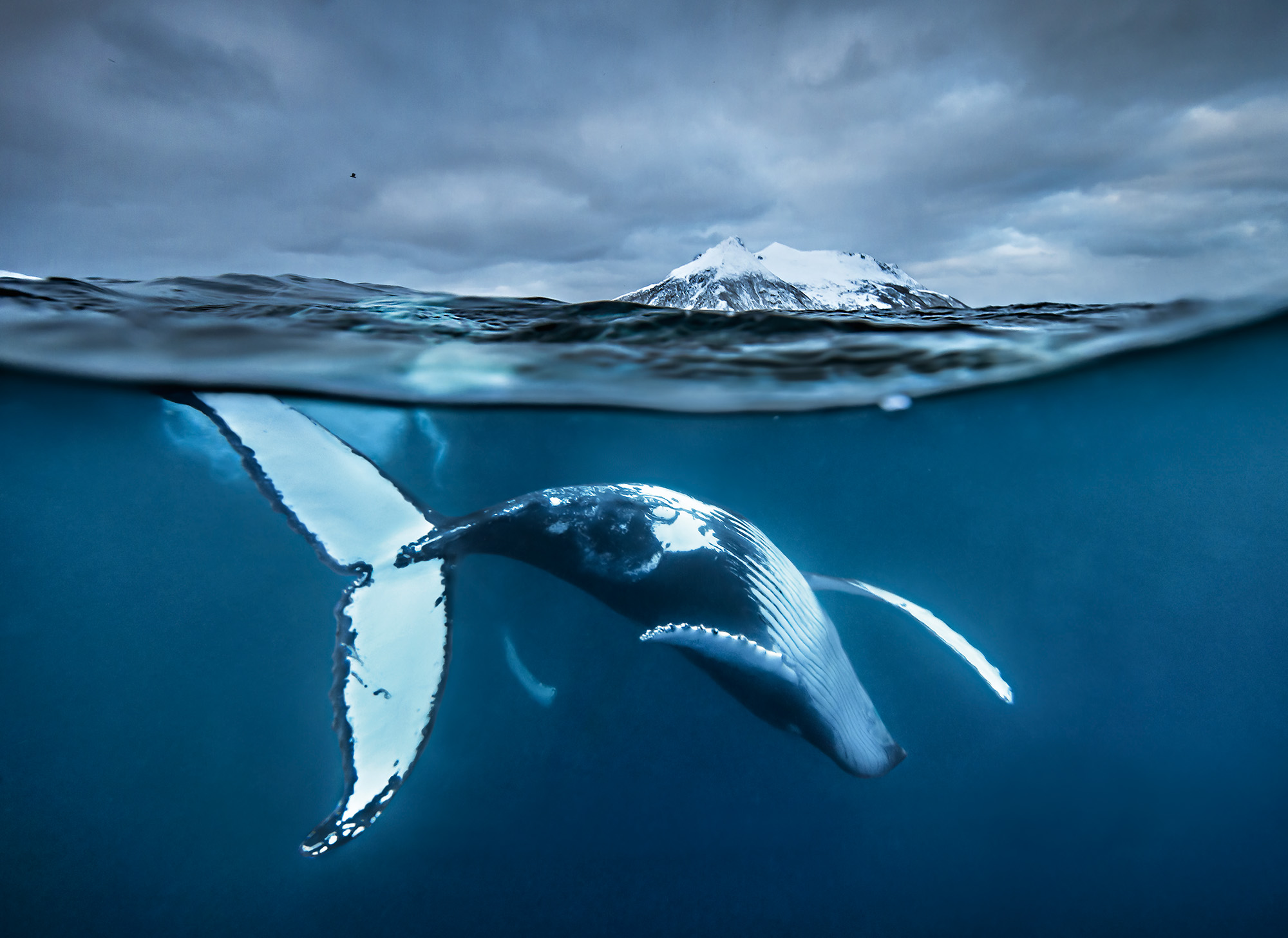 To reveal the underwater aquabatics of a courting humpback in the dark of the polar winter was challenging enough, but to create an image that revealed the whale in its Arctic setting was both a technical feat and a first. Picture © Audun Rikardsen, Norway, 2016, from ‘How Wildlife Photography Became Art’

I’m not in the habit of recommending books before I’ve finished reading them, but I’ve done it twice with the work of Tim Dee. The first time, I was reading Four Fields, in the run-up to Christmas 2013. This year, I’ve done it again. In March, at the request of Telegraph Travel, I was looking for extracts from books that might provide readers with literary release from lockdown. I had only to read a few pages of Greenery to know I wanted to take something from it. I knew, too, a few pages farther on, that it was likely to be my book of the year.

On the back, the publisher classifies Greenery as “Nature Writing”. It is, partly. But leaving it there is like saying that Wordsworth was a gardener and Springsteen is a harmonica player. Tim Dee can write brilliantly, beautifully, about anything, from the folk music of Transylvania (“songs cut by people from the big stories of the world”) to camels (“the bony origami of their sitting down and standing up”), and Greenery — which is travel and memoir and poetry and music and human as well as natural history — is perhaps his best book yet. Having noted that spring moves north at about the speed of swallow flight, he tracks the season and its migratory birds all the way from South Africa to Scandinavia. His book is about how spring works on people as well as birds, animals and plants; about the possibility of life growing from death. In the midst of a pandemic, it couldn’t be more timely.

Below, I’ve rounded up a few more of my favourite narrative travel books of the year, plus picture books that would make good Christmas presents. If you can’t get to an independent bookshop, and you order online, I’d recommend you do so where possible through uk.bookshop.org, which supports local bookshops. Interest declared: if you buy through a link from Deskbound Traveller, I will earn a little commission.

Born in Bulgaria, raised in New Zealand and now living in Scotland, Kapka Kassabova is a citizen of the world, but she can’t escape the pull of the southern Balkans. With Border (2017), which won the Stanford Dolman prize, she focused on the land where Bulgaria, Greece and Turkey run into one another. In To The Lake she turns her attention to Europe’s two oldest lakes, Ohrid and Prespa, which nature united but nation states have divided. A fine book in its own right, it also serves as a follow-up or companion volume to Border; part of a sustained examination of the effects of fences on the ground and in the head and their enduring legacies.

Julian Sayarer has been round the world by bike and across America as a hitchhiker; his account of the latter journey, Interstate, won him the Stanford Dolman prize in 2017. In Fifty Miles Wide, he’s back on two wheels in Israel and Palestine, weaving from the ancient hills of Galilee, along the walled-in Gaza Strip and down to the Bedouin villages of the Naqab Desert. He talks to Palestinian cyclists and hip-hop artists; to Israeli soldiers training for war and a lawyer who had a leading role in peace talks. Sayarer is committed to the Palestinians’ cause, but his book conveys powerfully what life is like for people on both sides of “the world’s most entrenched impasse”. At the same time, it’s full of free spirits, and the joys of free-wheeling.

The Museum of Whales You Will Never See by A Kendra Greene (Granta, £14.99)

“If you plant a tree,” they say in Iceland, “you’ll get more trees in the same place.” This country of 330,000 people has more than 265 museums and public collections, almost all established in the past 20 years. There’s one of stones, collected by a woman on her daily walks, one of mammal penises and one of sea monsters (or, at least, of the stories told by people who claim to have seen those monsters). Greene, an American writer and artist who has herself worked in museums, looks into what the collections tell us not just about the curators but about their country. Her wonderfully quirky book is a reminder of “all the things we might hear, if only we would ask”.

Wade Davis has journeyed to the ends of the earth as a writer, photographer and anthropologist. Colombia, which he first saw at 14 on a school trip from Canada, gave him “the wings to fly”. In Magdalena, he tells the story of the country though its main artery, travelling from the headwaters to the Caribbean shore; tracing Colombia’s history from early settlement, through Spanish conquest, to the modern conflict that ended with a precarious peace deal in 2016. Along the way, he collects stories on the boats and the banks: stories of singing and dancing, of quiet lives and sudden deaths; of the drug barons who made millions of dollars, and of the field botanist who, without leaving his own turf, has discovered more than a hundred new species.

As a father, Mark O’Connell is worried about the world he’s brought his children into; as a writer, he’s intrigued by it. So he embarks on a series of “perverse pilgrimages” to the places where the end-times seem closest. He goes to underground boltholes in South Dakota and to the Chernobyl Exclusion Zone. He examines the tech billionaires’ fixation with New Zealand, mixes with the Mars Society in Los Angeles, and joins an environmentalists’ retreat in the Scottish Highlands. The result is a book that’s fretful, wise and funny, and often all three in the space of a paragraph.

Isolarion: A Different Oxford Journey by James Attlee (And Other Stories, £9.99)

This is a new edition of a book that Attlee published in 2007, one perfectly in keeping with our battened-down times. When he wrote it, he was itching to travel, but couldn’t get away. Then it dawned on him that he didn’t need to. A few minutes’ walk from his front door in Oxford was the Cowley Road, lined with businesses that seemed to represent every nation on earth: from a Jamaican restaurant, via a Ghanaian fishmonger, to a Russian supermarket. As he puts it in his introduction, “Why make a journey to the other side of the world when the world has come to you?” 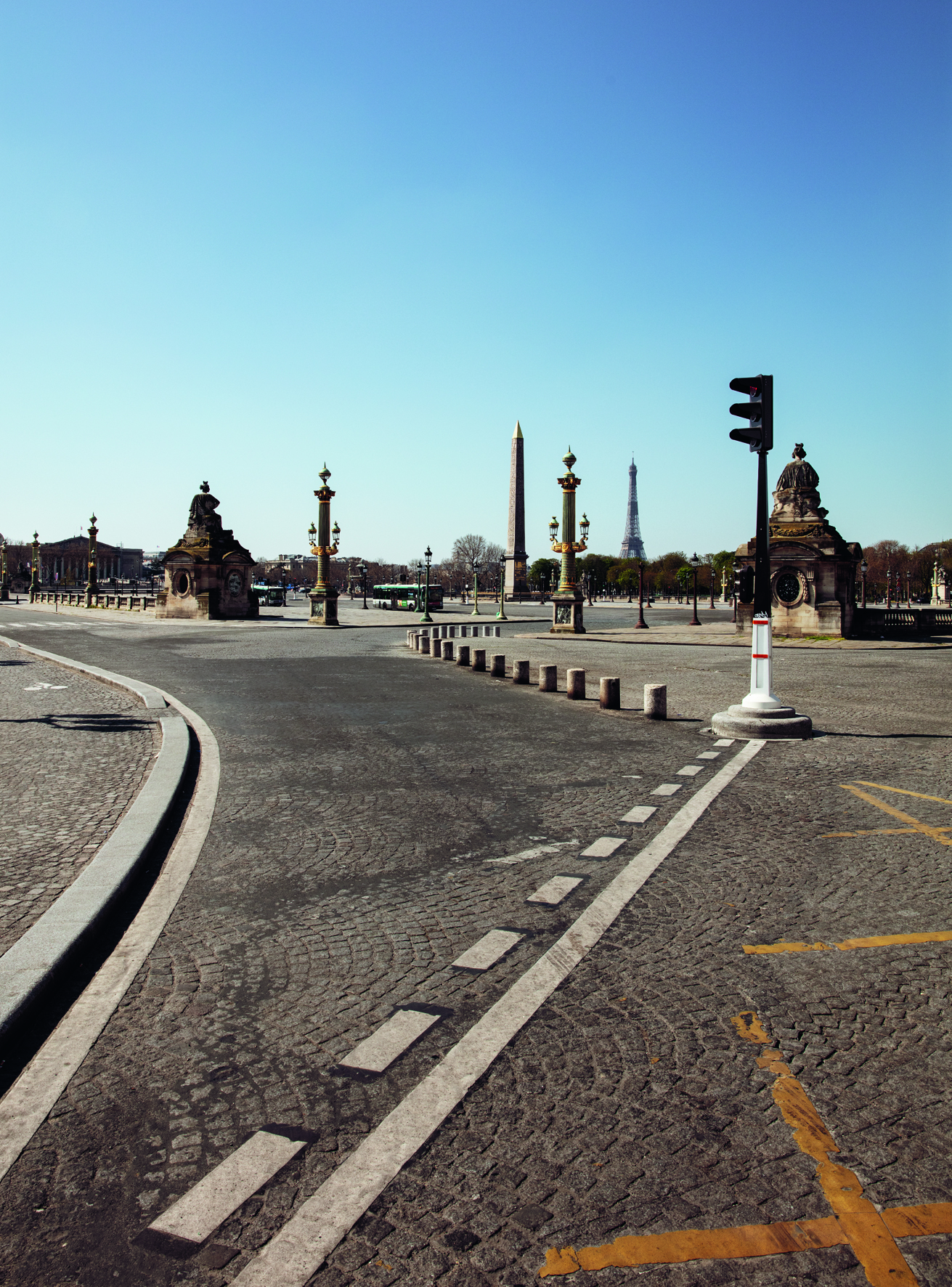 The Place de la Concorde, usually the busiest square in Paris, in March 2020. Picture © Stéphane Girard, from ‘Cities of Silence’ 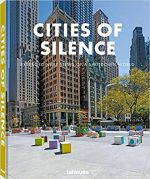 The subject of this swiftly produced compilation is as much absence as presence: the people missing from city centres in broad daylight in the spring of 2020, when much of the world first went into lockdown. The stones of St Mark’s Square in Venice, the cobbles of the Charles Bridge in Prague, the sinuously patterned tiles of the Rambla in Barcelona are all free of pedestrian feet. Traffic lights govern non-existent vehicles in Vancouver, Frankfurt’s runways fill with planes going nowhere, a solitary soldier gazes on the Taj Mahal, and, in the human-free hush, a fox explores the curves of a skate park on the coast of Israel.

In need of being transported? The winning images from the British-based Travel Photographer of the Year show, which haven’t been published in book form for a while, should help. Journey 10 & 11, a double volume, has the best of 2017 and 2018; Journey 12 is for 2019. It’s hard to view the images of Peru’s biggest street party, where you’re drawn in among the participants, without being reminded of our current, socially-distanced world; and it’s impossible to see the one of children playing in the rain in Akua, Bangladesh, the work of 16-year-old Fardin Oyan, without sharing in their smiles.

It’s 55 years since the Wildlife Photographer of the Year competition began, and this magnificent volume, published alongside the annual portfolio, is both a compilation of highlights and a history of nature photography itself. Here are all creatures great and small, from a southern right whale (14 metres long) to a snow flea (all of two millimetres), and the habitats that sustain them. What began as record-keeping has developed over the decades, aided by technology, and is increasingly celebrated as fine art, but the hope expressed at the outset of the competition remains the same: “that ultimately the awards will benefit the animals themselves, by creating greater public interest in them and in that all-important topic — conservation”. 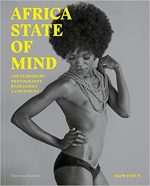 “Tipo Passe (Passport Photo),” the Angolan photographer Edson Chagas calls one of his portrait projects. Each subject is posed against a plain background, in contemporary clothes but wearing a traditional Bantu mask. Chagas is not only playing with Western notions of what the masks are for (displaying in museums); he is hiding his subject’s individuality and identity and substituting for it the stereotype of a “typically” African face. Chagas is one of more than 50 contemporary photographers from the continent whose work is gathered in this stimulating survey by the writer and broadcaster Ekow Eshun. Their images of place and people, their interpretations of memory and identity, he says, “reveal Africa to be a psychological space — a state of mind — as much as a physical territory”. 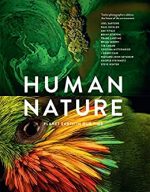 This book is a response to the UN’s declaration last year that the natural world was declining at an unprecedented rate. The New Zealand publishers Geoff Blackwell and Ruth Hobday have enlisted 12 of the best photographers working “at the intersections of humanity and nature”, documenting issues from species extinction and deforestation to migration and mass consumption. The photographers show us what we have, tell us what we stand to lose, and urge us to do all we can to save it. One of them, Ami Vitale, sums it up like this: “We must not fall into the trap of thinking that this issue is too big to deal with, or that someone else will take care of it. It is up to you. It is up to me. It is up to us.” 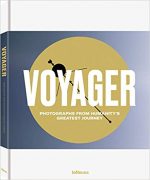 The robotic spacecraft Voyager 1 and Voyager 2, part of a NASA mission launched in 1977, are now the farthest human-made objects from Earth, having travelled through our solar system and on into interstellar space. This volume chronicles the whys and hows of the mission, and what we’ve learnt as a result of it. It’s fascinating not just on what Voyager has sent back — including the first detailed views of Jupiter, Saturn, Uranus and Neptune — but on what it is taking with it: a message about life on earth for any intelligent life elsewhere. That “Golden Record” includes greetings in 55 languages, images of humans eating and drinking, and a musical selection embracing Beethoven and Chuck Berry’s Johnny B. Goode. 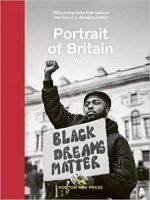 Between lockdowns, I happened to be on the seafront in Worthing, West Sussex, where Barry Falk had an exhibition of photographs. They showed his friends and neighbours in the town looking out from their front doors, as if, maybe, they had been hopeful of escape and then new restrictions descended. One of Falk’s images is among the 200 portraits in this collection; portraits of a year when many of us have seen little of our fellow citizens except through the glass of homes or cars or the virtual windows of our screens. They are a reminder, as the historian David Olusoga puts in his introduction, “of the power of looking into the faces of those with whom we share our nation”.