“The most haunted place I have ever been”: Adam Nicolson, for the Telegraph Review, reports on Leith Habour, in South Georgia, once home to hundreds of Scottish and Norwegian men pursuing the whales of the Southern Ocean. His documentary for BBC4, Britain’s Whale Hunters: The Untold Story, will be screened tomorrow and on June 16. 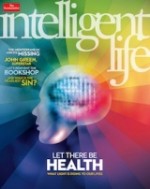 That excellent magazine Intelligent Life (from the same stable as The Economist) often has some good travel writing, and its current issue is no exception.

Tom Whipple, who has visited the monastic fastness of Mount Athos in Greece four times, ponders what it is that keeps pulling him back; Sara Wheeler (who is writing a book about Russia) considers the role of the railway in Russian life and literature; and Philip Hoare recalls adventures in the Azores, “a place of safety for whales”.

Ffestiniog Travel, which is celebrating its 40th anniversary this year, is a tour operator with a difference: its profits go to the charitable trust of a heritage railway company. In an article for Telegraph Travel, Graham Coster meets Alan Heywood, who was in at the start and is still, at 73, getting his hands dirty helping to recouple carriage to loco. In a poem for Deskbound Traveller, also on a railway theme, Coster finds himself transported from the hills of north London to the Himalayas.

Harper’s has helpfully added a page linking to pieces written for the magazine by Matthew Power, that chronicler of eccentric expeditions who died recently and whom I mentioned in an earlier post.

Normal service will resume as soon as possible.

Some time this year, Sir Richard Branson promises, tourists will start taking off in Virgin Galactic SpaceshipTwo. Having paid either £125,000 (the early bookers) or £155,000, they can expect a two-hour trip that includes five minutes of weightlessness. What they can’t expect, according to a revealing piece by Jon Ronson in Guardian Weekend, is anything in the way of in-flight services or even access to a lavatory. “Every passenger will be required to wear a special astronaut nappy, or maximum-absorbency garment, under his or her flight suit, which hasn’t yet been designed.”

Within the space of four months, two writers who had run away to sea have returned home to launch a book each about container ships and the lives of those on board them. First there was Rose George, whose Deep Sea and Foreign Going has already been reviewed on Deskbound Traveller and serialised in the Telegraph Magazine. Next week, Chatto & Windus is due to publish Down to the Sea in Ships by Horatio Clare. Both writers travelled with Maersk, the largest container-shipping company in the world, so each presumably heard what the other was up to, though they don’t seem to have met. Both were a cause of puzzlement among the crew. “The seafarers thought I was crazy,” Clare recalls in a piece for the Financial Times. “‘Why are you here?’ they asked. ‘To see what your lives are like,’ I said, reluctant to admit the other reason. Since boyhood I had dreamt of setting sail on a ship bound for far away.”