Home  »  Place? It was all down to light for Peter Levi
Tweet Pin It

At the start of the 1970s, PETER LEVI, scholar and poet, travelled with the young Bruce Chatwin (‘wonderfully entertaining, and as a liar he outdid the Odyssey’) to Afghanistan. He had a commission to write a book, but wasn’t sure what sort of a book it would be. Jan Morris, reviewing it on its publication in 1972, was in no doubt: ‘The Light Garden of the Angel King’ was a masterpiece, worthy of a place beside Kinglake’s ‘Eothen’ and Byron’s ‘Road to Oxiana’. It has been reissued for autumn 2013 by Eland, that great rescuer of the neglected in travel literature, and will, I hope, find many new readers. In the following excerpt, Levi, en route to Afghanistan, muses on sunlight and stars. MK

From Istanbul another huge aeroplane flew through the afternoon to Ankara, and through the early evening to Teheran. We crossed endless strings of glittering tawny hills with stubble-coloured thistles; from high in the air the landscape seemed extremely wild and barren, but from ground level it was all fine pastures and rolling downs. At Ankara airport there was a storm brewing and both the sky and the land were picked out with a subtle variety of colours.

There is nothing that so distinguishes places as the qualities of light; today, the difference between industrial and non-industrial atmospheres is so great as to make other differences seem minimal. In Athens the sharp classical light, in London the equable glow of eighteenth-century summer, and in New England the pure clarity of pioneering days are memories for which we have only the uncertain evidence of art. But the change of light is what a traveller first notices. The first awakening in a foreign village is an impression that remains. Of course, the light alters; it is modified by what seem irrelevant circumstances, as much by snow as by the sea, as much by trees and crops as by a desert of sand and rock. As you get used to it you stop thinking about it.

From Ankara to Teheran it becomes more and more intense until it reaches a kind of absolute at the Elburz mountains; European eyes are hardly capable of distinguishing anything more brilliant. Yet in Afghanistan on the first days there was a crisp blaze which was as different from the quality of light on the great eastern Iranian plain as Iran was different from Ankara, and Ankara from Istanbul. When the summer was over, England seemed to be only half-lighted, but infinitely subtle and varied, just as much a revelation as Ankara on a stormy afternoon with its clothy texture of colours three months before.

Above Teheran the air was like thick black silk, and the spectacular and endless pattern of lights on the ground seemed to promise a great city. By daylight, alas, it was shapeless and hideous, though admittedly still endless. I have never before arrived in a city about which I knew so little; by the time I had encamped on the roof of the British archaeological institute after a maniacal taxi-drive ending at a blank wall, and was searching by torchlight for more conventional objects in my baggage among a welter of ropes, compasses and binoculars, I felt I was close to the ultimate desert.

The sky was like a star-eaten black blanket, and so far as I could read them its constellations were unfamiliar. Lawrence speaks somewhere of drawing ‘strength from the depths of the universe’; Malcolm Lowry speaks about the deadness of the stars except when he looked at them with a particular girl; I had neither feeling. The founder of the Jesuits used to spend many hours under the stars; it is hard to be certain whether the first stirrings of scientific speculation or prescientific wonder about space and stars in their own nature were some element in his affinity with starlight, or whether for him they were only a point of departure, but in this matter I think I am about fifty years more modern than Saint Ignatius; stars mean to me roughly what they meant to Donne’s generation, a bright religious sand imposing the sense of an intrusion into human language, and arousing a certain personal thirst to be specific. I fell asleep with this complicated thought and woke much mutilated by mosquitoes. 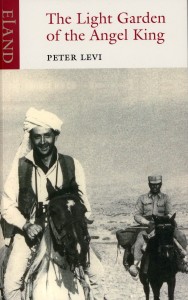