In Istanbul: Memories and the City (2003/2005), the Turkish writer Orhan Pamuk wrote a double portrait of himself – in childhood and youth — and his home town. Christopher de Bellaigue, writing in today’s Guardian Review, says that much of the shabby beauty that Pamuk celebrated has already gone, wiped out in a city that is demolishing and rebuilding at bewildering speed.

Summed up, William B Helmreich’s approach to New York sounds like the kind of thing that would entertain only a twitcher deprived of binoculars or a trainspotter barred from the railways: over four years, at, 1,500 miles a year, he has walked down every street in the city. His piece today for The Independent Magazine, however, suggests he’s much more than a completist.

Most of us, when asked what we would like to see changed in modern-day flying, would concentrate on seat pitches and security. Harry Eyres, in the FT, has another concern: “those supposedly relaxing ditties played just before take-off and after landing”.

“I’d like to see her work in the travel pages,” Nicholas Shakespeare said to me recently of Lindsey Hilsum, international editor of Channel 4 News. Shakespeare, former literary editor of The Daily Telegraph and now chief literary critic of the Telegraph group, had been hugely impressed by her account of the Libyan revolution. In the latest edition of Granta magazine, published in Britain last week (and out in the United States on Tuesday), Hilsum reports on her return to Rwanda, where, nearly 20 years ago, she was living in Kigali when the massacres began. She finds shiny evidence of progress in the capital, but concludes that, “in the hills of rural Rwanda, the unrepentant and the unforgiven are living alongside the unhealed”.

I found myself haunted by that phrase long after I finished her piece. Perhaps it’s because I grew up in Northern Ireland at the height of the Troubles, and have been watching it closely since, wondering whether it really has renounced tribalism for the glossy new out-of-town Tesco. Others will find Hilsum’s piece haunting for different reasons. There is a short excerpt on the Granta website. The article as a whole is the most powerful piece of reporting I’ve read for years, and in itself worth the £12.99 you’ll pay for Granta.

Is it travel writing? It is in the view of Deskbound Traveller.

This is going to be a celebrity-free site, lacking in what editors call “big names” — unless renown has been won by proficiency with pen, camera and paint. Eleanor Catton, winner of the Booker Prize for The Luminaries, is now a much bigger name than she was at the start of this week. As anyone who saw her take the Booker stage will have noticed immediately, however, her favourite light is not lime. In The Guardian Review today, she writes fondly about her native New Zealand. It’s a piece in which she laments the inadequacy of language to describe the natural world, so it’s a shame that the editor failed to notice that Catton herself had earlier twice fallen back on the word “stunning”. Put it down to the rush for topicality. 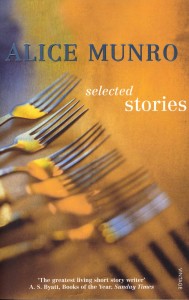 Brevity doesn’t win many literary awards. That explains much of the delight yesterday that the Nobel Prize for Literature went to
Alice Munro, a writer who has dedicated herself to the short story.

While Deskbound Traveller is dedicated to narrative travel writing, I don’t believe that travel stories have to be long. Entries to Just Back, Telegraph Travel’s weekly competition for writing by our readers, run to no more than 500 words. You can transport your readers in that space, even if you yourself have done nothing more exotic than drive from Birmingham to the Welsh border or cycle from Dieppe to Paris. There’s an entry I still return to with pleasure three years after we chose it as  our Just Back of the year. 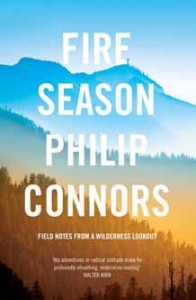 In the environmental magazine Orion, Joe Donnelly reports not on his own travels in California but on those of OR7, the last of seven wolves fitted with a GPS collar in Oregon, which nearly two years ago slipped across state boundaries to go “looking for love in all the wrong places”.

Fancy being transported for a minute to a river bank in Alaska? Then listen to this, recorded by Hank Lentfer, a former widlife biologist and longtime conservationist.

Lentfer and a colleague are currently working for the National Park Service at Glacier Bay to “build a library of all that whistles, moans, bellows, snaps and croaks within the nooks and crannies of our homes here in in south-east Alaska”.

On this recording, he says, “all the wet-sounding stuff is made by the fish, a pulsing swirl of pink, chum and sockeye salmon. The big gushing sounds in the distance are tree-sized breaths of humpbacks lumbering just off shore. The various clamouring birds you’ll have to sort through for yourself.”

Lentfer is also the author of the memoir Faith of Cranes, which I have just ordered, having read the prologue on his website.