Home  »  First impressions of the world’s wonders
Tweet Pin It

Imagine leaning over the shoulder of Captain James Cook as he charts the Pacific, or that of Meriwether Lewis as he and William Clark establish the true extent of the new nation of the United States.

That’s the sensation you get as you leaf through this marvellous book, with its drawings and paintings, its scribbles and its copperplate, all registering first impressions of the world’s wonders.

The 70 whose journals are represented include Audubon, Bell, Darwin, Humboldt, Shackleton, Scott and Stark, but also lesser-known but no less intrepid figures. Among the latter are John Auldjo, who might have been only 14th to the top of Mont Blanc but was undoubtedly first to bring the mountain to the attention of a wider public, with a bestselling account including his vivid drawings and watercolours.

“Explorers” is interpreted liberally here to embrace not only naturalists and climbers but also writers, including Jan Morris, Colin Thubron and Bruce Chatwin (who was less intent on documenting the world than on creating one of his own). The pages from Thubron’s notebook, entirely at odds with the cool precision of his finished prose, look like the jottings of a madman. The project as a whole is, as Robert Macfarlane says in his foreword, beautifully collected and curated, and magnificently produced. MK 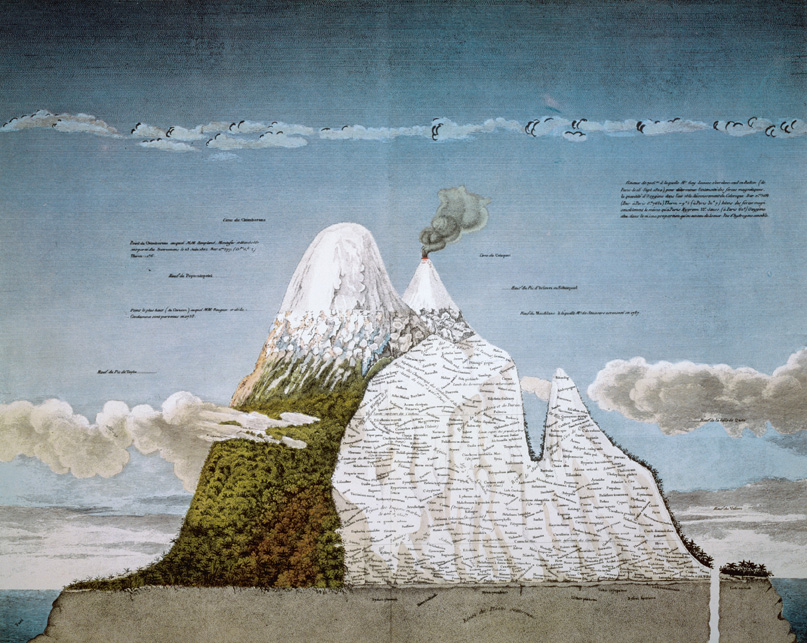 Alexander von Humboldt’s expedition diaries are densely written and immensely detailed, with field sketches and tables of computation and observation. This is his cross-section profile of Chimborazo volcano in Ecuador. Lewis-Jones and Herbert say: ‘He sketched the beginning of this image on the spot, and it came to exemplify his vision for an ordered geographical ecology, in this case the zoned occurrence of different plants at different altitudes.’