Home  »  Aberdeen: a tight grey city by the sea
Tweet Pin It 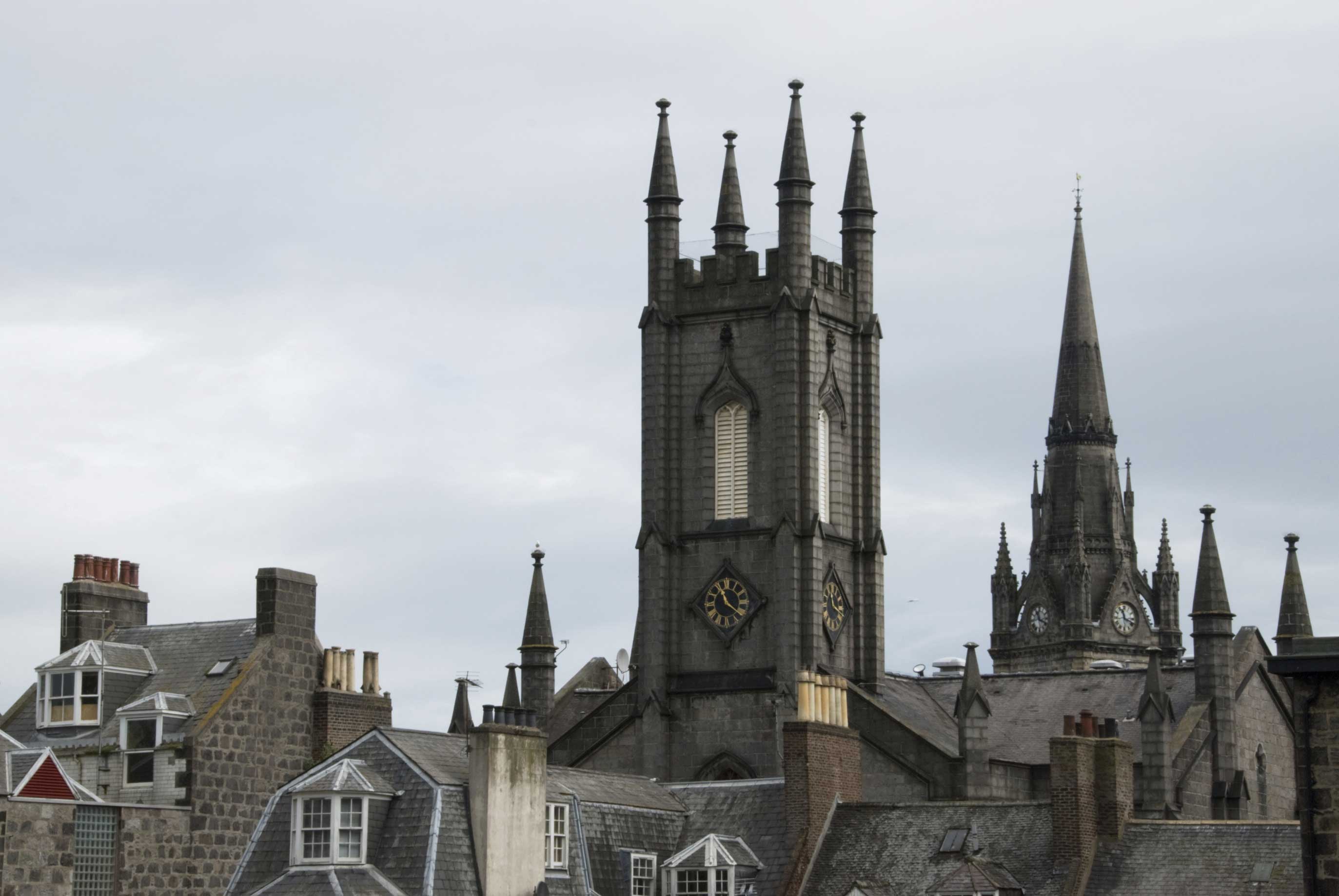 Aberdeen: ‘the grey granite from which it is built can look only a semitone lighter or darker than the clouds and sky’

A few days now, and the snowfall has settled into a pattern. Every day, shifting, vertical blinds of moving grey and white drop from pale violet or charcoal skies. Each fall hardens to glittering ice in the freezing, crystalline air of night and then, every morning, more snow falls. Even though it has only been for a short time now, I begin to remember how prolonged snow and darkness make life seem small. Already, everything seems to have shrunk to the possible or just the necessary. The cold seems to seal us all in. I can’t decide if we’re cocooned within the city, in our houses, or isolated inside ourselves. Any of these seems fine to me. These days of winter are brief and freezing and often brilliant, and then all the rooms are filled fleetingly with a pure white light.

Cold and darkness alter everything; they change the pattern of days and nights, make me question what is necessary. Towards nightfall, a preternatural quiet falls with the temperature. Opening the front door at nine in the evening, it’s to a kind of silence. It’s a city silence, weighty and unnerving, all sudden, unexpected absence. If even a single car grinds slowly past, for once it doesn’t seem unreasonable or nosey to wonder why it’s out or where it’s going.

In the night a few times, I’ve been wakened by the stillness. Even the gulls are silent. Here, you’re often woken by the sounds of gulls. Even when it’s nearly morning, in winter darkness, it still feels like night, their cries arching lightly in the air over the silent city. I waken and then, as I sleep again, think about the sounds they make, which might be of warning or joy, or grief, but which are most probably an unfathomable Larus chorus of dialogue and exchange. For me, gulls’ voices are a welcome wakening, a kind of wild music, a reminder of where I am in that moment of renewed consciousness: a city on the edge of the sea, at the north-eastern rim of a northern island between the western coasts of Scandinavia and the eastern beginnings of North America, the southern reaches of circumpolar north.

Looking down from a plane window when you’re flying towards it from the south, for a long way below you see only rock and grass and fields and suddenly it’s there, a tight grey city with sea and water almost surrounding it. It’s a city perched on the edge of water, a city of two rivers, blown by every wind named and unnamed, by ban-gull and haugull, blinter and flist. There are days in the wind and rain when it feels as though the whole of it, every edifice and structure, every garden, streetlight and tree will detach and set out determinedly to sea. The grey granite from which Aberdeen is built can look only a semitone lighter or darker than the clouds and sky.

We’re part of a thin string of cities, a chain of northern places, poised along this numbered scale, the circles of latitude; the last habitation before the real cold begins, on the fringes of subarctic ice and snow, at the northern reaches of an earth circling in an ellipsis around the sun. We’re spinning, tilted on an axis pointing between the North Star and the Southern Cross, tilted only 23.5 degrees, just enough to give us seasons and the words for seasons, for changes in the light and darkness, our hours of day and night. Without the tilt, there would be twelve hours of darkness and twelve of light. The sun would rise and set at the same time every day. There would be differences in temperature because of alterations in distance from the sun but no seasons. Tilting, we incline at certain times of year from or towards the sun. At 57 degrees of latitude, our winter days are short, our summer ones long.

In these northern coastal cities of stone or wood or steel, there’s no forgetting the weather or the sea. Sea is in the air, in the mist, in the haar that rolls in fine wet clouds from the coast, up through the harbour, rolling like smoke over the streets and through the lanes. It wreathes round spires, infiltrates the city even on days when inland the sun is warm in a perfect sky. The sea is our orientation, our vanishing point, like the fluid in a spirit level.

It’s more than twenty years since I came here to live. I was born a few years after the end of the war in Glasgow, a big city, bleak and blackened then, its porous sandstone walls stained by coal and industry and war. It felt perpetually dark, blighted by eerily quiet, yellow, lung-destroying fogs, and still marked everywhere by the evidence of bombing. On our morning journeys from the suburb where we lived to our school in the middle of the city, we passed a sheared-off tenement wall where, three storeys up, a fireplace hung frozen in some unimaginable moment like an incidental memorial, condemned to face a horizon once red with the fires of bombed and burning Clydeside. The city is clean and changed now, scrubbed bright and golden, entangled with new roads and flyovers. But when I visit, I know the past is still underlying the present as it always is, an indelible imprint of darkness.

On the day in May when I came to look for a house, I had never been to Aberdeen before. From the first, it seemed a city unlike any other, even the other Scottish ones, unlike Glasgow or beautiful, gracious Edinburgh where I lived for years. I remember walking out of the station into a maritime place. It felt Baltic, Hanseatic. I walked out to a harbour, to the sound of gulls, the air blowing with what seemed to me to be the scent of fish and water. The stone was austere and grey, utterly unlike the soft and muted sandstone of those other cities. The broad city-centre streets, the strikingly plain Georgian terraces and early-Victorian cottages were different too, buildings with curved stone gables and oriel windows. I wandered through the network of back lanes behind the city centre with a sense of surprise as if, by some magical mingling of history and infantile solipsism, only my presence had called all this into being.

Shortly before we moved here, I told a friend in London, an Arabic speaker, that we were moving. 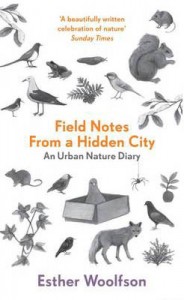 Extracted from Field Notes from a Hidden City: An Urban Nature Diary by Esther Woolfson (Granta), which was short-listed for the 2014 RSL Ondaatje Prize. © Esther Woolfson 2013.

Esther Woolfson was brought up in Glasgow and studied Chinese at the Hebrew University of Jerusalem and Edinburgh University. Her acclaimed short stories have appeared in many anthologies and have been read on Radio 4. She is the author of Corvus: A Life with Birds, and has won many prizes for her nature writing. For more about her work, see her website.