In her autobiography Wheels within Wheels, the travel writer Dervla Murphy says she had a secret longing to be a really good pianist, like her mother, but suffered from “musical dyslexia”. She writes, too, of how music remained a shared pleasure for her family even when relations between herself and her parents were at their most difficult. We didn’t touch on that subject when I interviewed her recently – partly for lack of time and partly because her musical tastes (as well as other subjects) were well covered in a Desert Island Discs interview she did in 1993. You can still listen to that on Soundcloud:

In his Guardian piece last weekend, Robert Macfarlane (see earlier post) mentioned a forthcoming book by the photographer Dominick Tyler, a visual glossary of the British landscape.  Tyler was inspired by Home Ground, the project in which Barry Lopez recruited his fellow writers to provide “language for an American landscape”. Tyler had no intention, however, of attempting to produce an encyclopaedia. “A definitive glossary,” he says, “would contain many dull pictures of fascinating things and many fascinating pictures of dull things”. So in his book, Uncommon Ground, he has been selective, choosing features or phenomena – from ait to zawn – that make for powerful pairings of  pictures and words. The book won’t be published (by Guardian Books/Faber and Faber) until March 19, but you can get some sense of his approach from his promotional video.

The best way to understand censorship in China? Take a tour with your censor, says Peter Hessler. In The New Yorker, Hessler, author of an excellent trilogy of books about China (River Town, Oracle Bones and Country Driving), reports on what he learned.

Robert Macfarlane’s latest book, Landmarks, is due to be published on Thursday by Hamish Hamilton. It’s a celebration and defence of the words we have for the land and what happens on it and in it and to it. It’s an encouragement to add to the “word-hoard” Macfarlane has been amassing for years, and to revel in the poetry that comes with precision.  On the Isle of Lewis, for example, there’s a Gaelic word, èit, for “the practice of placing quartz stones in moorland streams so that they would sparkle in moonlight and thereby attract salmon to them in the late summer and autumn”.

The book is a celebration, too, of some of Macfarlane’s favourite writers; of those who, in Emerson’s phrase, seek to “pierce rotten diction and fasten words again to visible things”. Among them are JA Baker (author of The Peregrine), Tim Robinson, Roger Deakin and Nan Shepherd. Shepherd’s The Living Mountain, Macfarlane says, transformed his perception of the Cairngorms, and taught him to “see these familiar hills, rather than just to look at them”.

Macfarlane introduced Landmarks with a cover piece in the Review section of The Guardian at the weekend. A film he presented about Shepherd and the Cairngorms, first screened last December, can still be seen on the BBC iPlayer.

Anjam Sundaram, author of Stringer: A Reporter’s Journey in the Congo (Atlantic), reports for the Telegraph Magazine on how children in that ravaged country dream up a better future – in  playgrounds made of aircraft graveyards.

The Dolman Travel Book Award, Britain’s only prize for narrative travel books, is rebranded today and its value doubled to £5,000.

From now on it will be known as the Stanford Dolman Travel Book of the Year. It will be the centre piece of a new scheme run by Stanfords bookshop, the Edward Stanford Travel Writing Awards, which will start this year with a prize for an “outstanding contribution to travel writing” and be developed to honour other forms of travel writing in print and online. For more details, see my piece for Telegraph Travel.

Tighter frontier security near US cities is driving illegal migrants from Mexico to try to cross through deep desert to Arizona – and more of them are ending up dead, Rory Carroll reports for The Guardian. To get some idea of what makes those migrants so desperate, read Óscar Martínez’s excellent book The Beast.

Putin’s Russia is inspiring (if that’s the word) some great travel writing. A few months ago there was Jens Mühling’s A Journey into Russia, and before that Oliver Bullough’s The Last Man in Russia, which was shortlisted for the 2014 Dolman Travel Book Award. Next week, Radio 4 has as its book of the week (weekdays, 9.45am) Nothing is true and everything is possible by Peter Pomerantsev (due to be published by Faber & Faber on February 5) .

Pomerantsev was born in Kiev and grew up in England, the son of political exiles. He went to Moscow in the early 2000s to work in its television industry. In a country covering nine time zones, he says, “TV is the only force that can unify and rule and bind”, and the Kremlin is making the most of it. TV producers told him regularly that “the news is the incense by which we bless Putin’s actions”.

I’ve received but not yet had time to read The Fish Ladder, a first book by Katharine Norbury, which comes highly recommended by writers including Michael Holroyd (“magical and most original”) and Philip Pullman (“a luminous sort of book, beautifully written, darting here and there like a kingfisher over a stream”). It’s billed as a combination of travelogue and memoir, in which the writer, after a miscarriage, sets out with her nine-year-old daughter to follow a river from sea to source. I’m mentioning it early because I’ve just seen that Katharine Norbury will be discussing it with the novelist, poet and memoirist Blake Morrison at the London Review Bookshop on February 18. For details see the bookshop’s website. 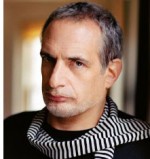 One of the purposes of Deskbound Traveller is to broaden ideas of what counts as travel writing, so I’m delighted to be publishing a passage from Eminent Hipsters by Donald Fagen of Steely Dan (left), which I mentioned a while ago and which is out in paperback from Vintage. The first half of the book is what he calls “art-o-biography” – about the cultural figures and currents that helped to make him the musician he is. The second half – in which I’ve managed to find a short extract that would lift out neatly and stand alone, without too many square brackets explaining who’s who – is a sardonic account of a cross-country tour he made with Michael McDonald and Boz Scaggs in what they called the Dukes of September Rhythm Revue.